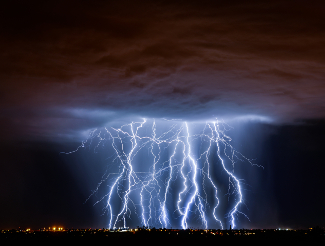 The past week has brought something that investors everywhere had been fearing: an inversion of the yield curve. While the spread between 10-year Treasury bonds and 3-month Treasury bonds had been growing smaller and smaller every month, the yield on the 10-year remained higher. But last week the Fed’s decision to end its balance sheet tightening provided the impetus that markets needed to drive 10-year bond yields down below 3-month yields, and even below 1-month yields.

As long as the yield curve wasn’t inverted, many investors remained confident that a recession was still a long ways away. But now that the curve has inverted they know that it’s likely only a matter of months before the economy is in recession.

The really bad news is that the inverted yield curve isn’t even the worst thing to threaten the economy. There’s a perfect storm of factors both within the US and throughout the world that is threatening to make 2019 a very rough year for most investors. Are you prepared?

Remember the debt ceiling? If you don’t, it’s not a surprise. In early 2018 Congress suspended the debt ceiling for over a year. That allowed the government to spend like a drunken sailor without having to face the consequences of its profligacy. But the suspension was only temporary, and the debt limit has now been reinstated.

The debt limit is now set at $22.03 trillion. And what is the outstanding amount of federal government debt right now? According to the Treasury Department it’s $22.027 trillion. So the government is pushing right up against that limit already.

Treasury will be taking its usual “extraordinary measures” to try to maneuver around that new debt ceiling, but it estimates that by September or October at the very latest it will run out of options to keep debt levels under the limit. Either Congress raises the limit or the government will have to default on its debt, which won’t be good for the millions of investors who have been piling into Treasury securities recently.

The timing of that debt ceiling raise couldn’t be worse either, as September and October were the same time as markets crashed tremendously in 2008. In fact, that time of year is often a critical one during bear markets. Imagine the prospect of a crashing stock market, weakening economy, and a debt ceiling debate in Congress. That won’t be a pretty sight.

Europe is holding its breath about Brexit, and specifically about the possibility of a hard Brexit. Prime Minister May has negotiated with the European Union and come up with a 585-page agreement to negotiate Britain’s exit from the EU. But with an original deadline of March 29, and no approval of the agreement by Parliament, May was forced to go back to the EU and ask for an extension.

If Parliament does approve her plan, Brexit will take place May 22. If it doesn’t, the UK will go crashing out of the union on April 12, with no agreements in place to cover trade, financial services, immigration, and a whole host of other issues.

With Italy in recession, Germany on the cusp of recession, and the EU as a whole looking set to plunge into recession, the effects of a hard Brexit could be severe. Britain could be shut off from one of its major markets in the absence of any agreements with the EU, while European trade with the UK could similarly grind to a halt.

Again, the timing here couldn’t be worse. Brexit negotiations have already dragged on for months, and they continue to hang over the heads of British and European policymakers like Damocles’ sword. As this crisis continues to drag on over the months, it is weighing heavily on European markets. Until there’s a resolution one way or another, there’s no way for European markets to recover and start growing normally.

Finally, conflict with China remains a huge wild card. With Italy having just joined China’s Belt and Road initiative, the conflict over using Huawei products in building out 5G networks, the ongoing trade dispute between the US and China, and the prospect of a hard crash in China, China will play a major role in any world economic crisis and any possible resolution.

If China’s economy worsens and falls into recession then the government could become more belligerent abroad in an attempt to divert the people’s focus away from worsening economic conditions. And if both the US and Europe begin to fall into recession then China could turn the screws and put pressure on both governments in trade negotiations to amplify the effects of existing trade restrictions.

If it wasn’t already clear to investors before that the world economy is going to face a rough year, this trifecta of potential problems should make it absolutely evident. Investors who haven’t already taken steps to protect their assets need to do so before it’s too late. And there’s no better way of doing that than by investing in gold.

Gold has served for centuries to protect investor assets and will continue to do so for centuries in the future. When stocks and bonds lose their value, gold maintains its value, keeping investors from losing all the hard-earned wealth they saved and invested over the decades. With all signs pointing to economic turmoil and financial crisis in the future, isn’t time that you started taking the right to safeguarding your assets and protecting your future financial well-being?

2020 Is Bringing Even More Changes to Your Retirement 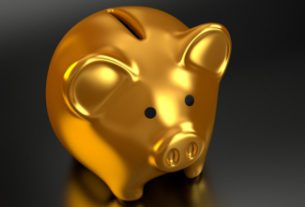 Congress Is Making Changes to Your Retirement Accounts: How Will It Affect You?