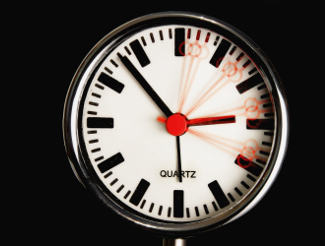 You’ve probably heard it said that you can’t time markets. There’s definitely a lot of truth to that. Try to time when to get in and out of markets and you can second guess yourself into losing thousands of dollars. In many respects, trying to time markets is just gambling, not investing. But that’s not to say that timing doesn’t play a role in investment success.

For instance, many retirement plans make investments at certain times of the month, like on the 15th day and the last day of each month. That may be great for the bean counters who like things to look regular, but it isn’t always ideal for investors. If the days your retirement fund purchases assets happen to be when the market reaches highs, your investments won’t perform as well as if you were to purchase at market lows.

Other accounts such as the Thrift Savings Plan (TSP) only execute trades at the end of the day, and orders have to be in by noon. In order to have any success at timing markets, you have to guess how markets will end the day. Once piece of news that sends markets going the wrong way, and your bet could go wrong and lose you thousands.

That’s why so many people stick to the buy and hold method recommended by so many financial writers. You won’t maximize your gains, but through dollar cost averaging you will still make gains and minimize the impact of losses. But even with those methods, timing plays a role.

When You Enter the Market Is Important

One aspect of timing that is underappreciated is that of when you first enter the market. Stock markets enter boom and bust phases due to the fluctuations of the business cycle, and getting in at the wrong time can lead to subpar investment performance. But because your entrance into the market is largely a function of when you were born and enter the workforce, there’s nothing you can really do about that with regard to stock market investing. All you can do is find the best assets you can to maximize your investment growth. Let’s look at some examples.

For the purposes of this exercise, let’s look at average investors beginning their investing in 1945, 1955, 1965, 1975, 1985, 1995, and 2005. The investor in 1945 will start out making $10,000, with raises of 3% every year. Investors in subsequent years will start at that same salary with the 3% annual increases. Each investor will invest 5% of his salary each year in a stock market index that tracks the Dow Jones, with investments being made at the Dow Jones’ average yearly closing price. And each investor will invest for 40 years, or until the present for those investing less than 40 years. How would each investor have done?

As you can see, those who started in the 1965-1975 time frame did better than all other age cohorts. Those are the baby boomers, who benefited from the 1982-2000 bull market in stocks, an unprecedented run of stock market gains that is unlikely to be repeated.

That’s why you hear so many financial advisers touting stocks as a means of gaining wealth. Many of them are boomers, and they had success in stock markets due to having invested during the 1982-2000 time frame, so they assume that everyone else will benefit from stock investments too. But the data doesn’t bear that out. Investors who started in markets earlier and later didn’t do nearly as well.

This isn’t meant to discourage you from investing in stocks. It’s just meant to point out that timing does play a role in investment performance, and sometimes that timing is out of your hands. That’s why you as the investor have to do your homework and discover what the best investments are for your specific goals and investment time frame. That may mean investing in stocks, or it may mean investing in gold, silver, or other alternative assets. But the decision shouldn’t be made lightly, shouldn’t be pressured by adherence to conventional wisdom, and should be yours and yours alone to make. 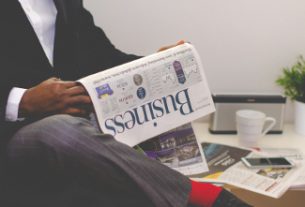 Surprised by the Latest Jobs Data? Here’s Why It’s Not So Rosy 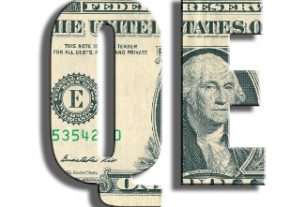 If QE Ending Causes This Much Pain, What Happens When QE Unwinds?