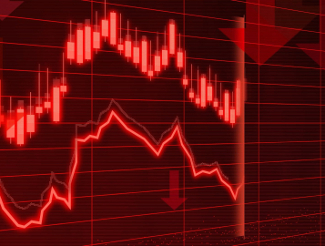 With the spread of the COVID-19 coronavirus around the world, billions of people are taking steps to prevent themselves from succumbing to the virus. But their health isn’t the only thing at risk from COVID-19. Their investments are suffering as well.

Stopping the spread of the virus has prompted governments around the world to stop all non-essential business activity. Bars, restaurants, gyms, and even factories are shutting down as people hunker down indoors and try to wait out this virus through quarantines and self-isolation.

Unfortunately, shutting down so many businesses all at once will have a devastating impact on the health and strength of the economy. Even if COVID-19 had been isolated to China, the effects of the shutdown of China’s economy would have reverberated for months. Now, with the US and Europe shutting down as well, the world will face at the very least a global recession, if not an outright depression.

A Perfect Storm of Events

It isn’t just the fact that COVID-19 has appeared on the scene that is to blame for the oncoming global recession. The pieces were already in place for a severe recession. The pin that popped the “everything bubble” could have been anything, but COVID-19 was the right pin at the right time.

The corporate debt bubble has been years in the making, but has recently become bigger than ever. In the US, corporate debt is now over $10 trillion, more than 50% higher than corporate debt levels before the 2008 crisis.

We can thank a decade of ultra-low interest rates for that, with companies issuing cheap debt in order to buy back their shares, boosting earnings per share and ensuring generous compensation packages for senior executives. With more and more debt issued, the quality of that debt deteriorated. Now companies find themselves facing billions of dollars of debt payments with no new income, and are wondering how they’re going to survive.

The coronavirus’ effect on debt-laden businesses will likely be the most damaging part of the shutdowns that are sweeping the world. Many businesses have stated that they might be able to survive for a few weeks, or possibly even two months with drastically curtailed sales. Any longer and we might see a wave of bankruptcies tearing through the economy.

World trade was already slowing before COVID-19 was discovered, thanks to ongoing trade disputes. But things were looking up as China and the US agreed on Phase 1 of their trade deal. Now all of that is thrown into question, as world trade looks set to deteriorate even further.

Chinese production was hit hard by government quarantines, with many companies shuttered and the Chinese economy operating at barely 50% of its capacity. That threatened supply chains all over the world that were dependent on Chinese inputs. With China beginning to normalize, now it’s the West’s turn to enter into crisis, with factories in numerous industries shutting down. That means Chinese factories won’t have a market to sell to even if they are able to restart production.

One of the fears that will affect the future of world trade is that of re-importing the coronavirus through contaminated goods. Every item, every package, every box, every shipping container is a potential source for pathogens to make their way back to areas that already saw a first wave of coronavirus. That will result in extra scrutiny for all imports, so don’t expect world trade to recover anytime soon.

The global economy was already facing pressures before the coronavirus appeared on the scene. Problems in repo markets last September prompted the Federal Reserve to intervene in overnight markets, and it hasn’t left. Just recently the Fed pledged up to $5.5 trillion in repo market funding to make sure that financial markets have enough liquidity to function.

Along with its repo market intervention, the Fed engaged in stealth quantitative easing (QE), adding hundreds of billions of dollars to its balance sheet in a matter of months. That was followed more recently by an official restart of QE, with the Fed pledging to purchase $700 billion of assets – and you can guarantee that this won’t be the end of QE.>

The Fed has also restarted many of its 2008-era emergency lending facilities, such as the Primary Dealer Credit Facility. That’s a tacit statement that, thanks to coronavirus, we’re back in the middle of a full-blown financial crisis.

Impacts on the Global Economy

The impact on the global economy from the spread of coronavirus can’t be understated. While many people thought the 2008 financial crisis was a once-in-a-lifetime crisis, this new crisis could make 2008 look easy by comparison. In addition to an economic catastrophe, we’re also dealing with a growing health pandemic that could explode into a massive health crisis.

Airlines, hotels, and other travel-related industries are already feeling the effects. Airlines are cutting capacity, canceling flights, and doing what they have to in order to survive – but that may not be enough.

Airplane manufacturers are being similarly pinched. So, what happens if major airlines go bankrupt? What happens if Boeing and Airbus go under too? How does world travel and international trade revive without planes being manufactured and airlines operating? The possibility of that scenario taking place may seem far-fetched, but so did the possibility of nationwide quarantines a month or two ago. Now look where we are.

Car companies are also shutting down production, from GM to Ford to Toyota. Many companies were already in poor financial shape, loaded down with huge amounts of debt. What happens if they go bankrupt? Who will pick up the slack and produce cars and spare parts? What will happen to the automotive industry, which was already facing a worldwide decline in consumer demand?

These aren’t the only industries facing negative impacts either. All around the world, companies are shutting their doors, hoping for a best-case scenario that they’ll only be closed for a few weeks. If this coronavirus crisis continues for months, many businesses may never reopen.

The question now is not if the coronavirus will cause a recession, but how severe that recession will be. Many are even talking of a coronavirus-caused depression. A recession is defined as two consecutive quarters of declining gross domestic product (GDP), while a depression is generally defined as a recession that either lasts longer than two years or that features a 10% drop in GDP.

Preliminary estimates for GDP aren’t looking too rosy. Some of the more optimistic analysts are predicting a GDP drop of 14%, while others are forecasting a nearly 25% decline. Since the Great Depression featured a 30% GDP decline, the effect of the coronavirus on the economy could clearly be catastrophic.

Government officials are now warning that the pandemic could last 12-18 months or more, with successive waves of the virus popping up until it is finally defeated. If governments stick to that timeline and continue to restrict business operations and the movement of populations, then there’s no doubt that countries around the world will face a depression.

Stock markets have already taken a huge hit from the coronavirus. The S&P 500 has fallen farther quicker than it did during the Great Depression. And since we’re still in the early stages of shutdown, markets can only fall further from here. Investors who haven’t already taken the time to protect their assets need to do so immediately.

Historically, the asset that has been best at protecting investor assets is gold. Through economic crisis, financial turmoil, and health scares, gold maintains its value as other assets decline.

Many investors may be questioning why the gold price has been declining along with other assets. That’s due to the fact that during the initial stages of any crisis, investors rush into cash. They have bills to pay, debts that come due, and they need cash to meet their obligations. But once that initial rush is over, gold begins its ascent.

We saw the same pattern play out in 2008, as gold lost over 30% of its value from its high in March 2008 to its lowest point under $700 an ounce in October 2008. But gold took off after that, more than doubling from its lows, making it the asset to own as the economy recovered.

Gold will likely see a similar pattern this time around, although losses aren’t likely to be as large. This time around, more investors understand that gold will gain value in the aftermath of the crisis, so they’re building up their holdings in advance of the worst part of the crisis, anticipating the gains that are to come.

Investors can take solace in knowing that gold has protected people through thick and thin for centuries, and it won’t be any different this time around. No matter how bad the coronavirus epidemic gets, gold will continue to work for you.

If you’re interested in learning more about how gold can protect your assets against the coming market collapse, contact the experts at Goldco today. They’ve helped thousands of investors just like you protect their investment portfolios with gold. Don’t let your investments succumb to the effects of the coronavirus – call Goldco today. 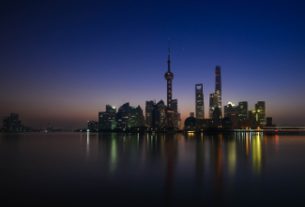 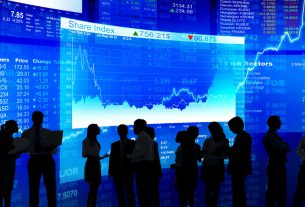 Markets Are Waiting… Now Is the Time for Action