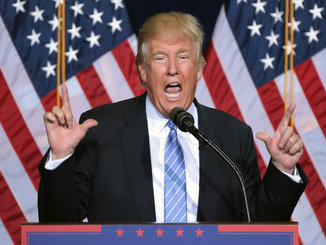 With his recent decision to place tariffs on imported steel and aluminum, President Trump could cause some serious disruption to the economy. In an attempt to rectify what he sees as an uneven trade deficit, he could harm American industries and consumers. But with so much discussion of the trade deficit, it is surprising that no one seems to understand why the trade deficit is as large as it is. And as long as the trade deficit’s underlying cause isn’t addressed, any government action taken to combat it will be misguided and detrimental to the health of the economy.
While President Trump likes to talk about the trade deficit, it’s important to remember what a trade deficit actually is. A trade deficit means that Americans export less than they import. If the US exports $500 million worth of goods to China and imports $2 billion worth of goods, there is a trade deficit of $1.5 billion. That means that the Chinese now have $1.5 billion worth of money that they have to do something with. So what will they do? Well, they can buy US Treasury bonds, which is what has happened historically. Or they could come to the US and buy American businesses, land, houses, etc., which is what many are doing now.

Attempting to manipulate those trade relationships through tariffs is a wrongheaded approach because it doesn’t treat the underlying cause of the deficit. All tariffs are is a tax that raises the price of the good(s) being taxed. And who pays for that? Just like with any tax, the consumer will pay for it by paying higher prices for finished goods. In the case of steel and aluminum tariffs, those industries may be helped if they’re able to charge higher prices for their products. But industries that rely on steel and aluminum, and consumers who purchase products that contain steel and aluminum, will be hurt. If consumers are forced to pay millions of dollars more for products that contain steel and aluminum, that’s money they won’t be able to spend on food, clothing, gas, etc., which would hurt those industries too.

That’s why free trade is so beneficial. Free trade means the ability of individuals and companies to buy and sell with each other without governments arbitrarily picking winners and losers and harming consumers through tariffs or subsidies. It’s important to remember that free trade is not the same thing as “free trade” agreements which are really just managed trade. Those agreements and organizations that supposedly are geared towards “free trade,” such as NAFTA and the WTO, really just create bloated new bureaucracies and thousands of pages of labyrinthine regulations.

Fear of China may be part of the reason President Trump has slapped tariffs onto aluminum and steel, but the free market isn’t to blame for the trade deficit with China. For that we can thank the Federal Reserve and its loose monetary policy which has stimulated Americans to take on ever-increasing levels of debt to purchase things that they don’t really need. That inflationary monetary policy has destroyed the purchasing power of the dollar, reduced the standard of living for Americans, and sent investors scrambling to invest in gold and other safe haven assets. Unless that inflationary monetary policy is ended, the trade deficit will only continue growing larger. 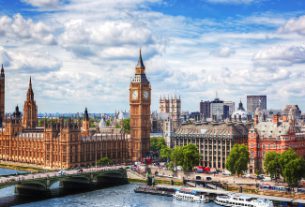 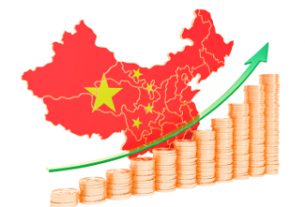 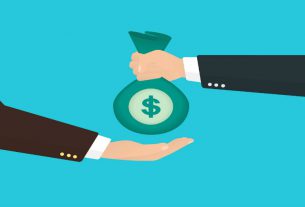 The Hidden Tax Increase in the Tax Reform Bill