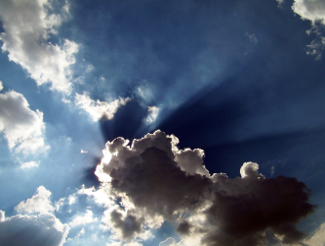 With stock markets having been on a roller coaster over the past few weeks, and numerous investors undoubtedly watching their 401(k) balances in horror, financial markets haven’t been too kind to most people. Couple that with the prospect of GDP falling almost 25% as a result of business shutdowns due to coronavirus, plus an increasing number of coronavirus cases and fatalities, and it looks like there isn’t much to look forward to. But amidst all the negative news, there are still some positive takeaways for investors.

These are times not to stick your neck in the sand and hope for better days, but to take the hand you’ve been dealt and make the most of it. And if you haven’t already taken steps to protect your retirement savings, this is definitely the time to do it, before conditions in markets get worse. Let’s take a look at some of the silver linings that have come about in this age of crisis.

The first silver lining is silver itself, which has become almost more affordable than ever before. The current gold to silver price ratio is over 110 to 1, higher than ever before. Contrast that to the 85 to 1 ratio that had been prevailing until recently, and you’ll see that silver should be trading in the $19-20 range, rather than the $14-15 range.

Silver is trading so low for two reasons. First, all assets suffer in the first stages of a crisis. Gold and silver lost a lot of value between early 2008 and the acute phase of the crisis in September and October 2008. But from there they took off over the next three years, with gold tripling and silver quadrupling in value. Expect that same pattern to reoccur this time around too.

Second, silver is an industrial metal, with 50% of its demand coming from industry. So it’s been hit a little harder than gold has, as companies that use silver have been slowing or shutting down their operations. But once investors step in to make up for that lost industrial demand, silver should regain its upward momentum. Over the next few years, silver should easily be able to match its post-2008 performance.

Until this year, many investors may not considered or even thought about a Roth IRA conversion. But with new legislation passed last year, Congress is trying to take a bigger chunk out of large IRAs, thus incentivizing Roth conversions.

The SECURE Act, passed as part of an omnibus spending bill late last year, eliminated what are known as “Stretch IRAs.” Previously, those who inherited an IRA could take distributions from that IRA whenever they wished, allowing them to “stretch” out the life of the IRA, benefiting from more IRA gains, and minimizing the tax hit from taking distributions.

Now that the SECURE Act has passed, assets in IRAs inherited by non-spouses must be distributed over a maximum of 10 years. For those inheriting large IRAs, or who have large annual salaries, that requirement to distribute those IRA assets sooner than usual could result in significantly higher tax bills.

That’s the point of the legislation, as Congress sees huge pots of money sitting in IRAs, and wants to get its hands on that money sooner rather than later. For investors who planned to leave their IRAs to their children, grandchildren, or other relatives, the passage of the SECURE Act completely upends their estate planning.

As a result, many investors began to look at Roth IRA conversions, taking a tax hit now but keeping distributions tax-free in the future. While inherited Roth IRAs will still have to be distributed within 10 years, because of the tax-free distributions, your heirs will be spared the potential for high future taxes.

With stock markets having lost so much money in recent weeks, the cost to investors for Roth IRA conversions has gotten a lot lower. With markets having lost 20-30% of their value, converting IRA assets to a Roth IRA now will result in a much lower tax bill. Whether you choose to maintain your existing IRA assets, or roll over assets into more protective assets such as a Roth gold IRA, a Roth conversion could be a smart move to minimize taxes now and avoid punitive future taxation. As with any tax issue, be sure to consult your tax adviser to see if a Roth conversion is the right move for you.

Yes, fiscal stimulus may not be a great idea, and it adds significantly to the national debt. It isn’t free money, and American taxpayers will pay for their checks later. But if you’re one of the fortunate ones to receive a check, make the most use of it. Whether you receive $1,200 or $2,400 or more, that’s money that you didn’t have before, so use it wisely.

Don’t spend that money frivolously, assuming that there will be another stimulus check coming soon, even if there’s been discussion about that in Washington. It can’t hurt to put that extra money to good use in padding your investments, particularly if you’ve seen some recent portfolio losses.

As you can see, not everything is wrong with the world right now. Despite the doom and gloom facing markets, there are still a few silver linings. Just make sure that you make the most of them. 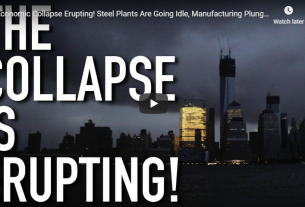 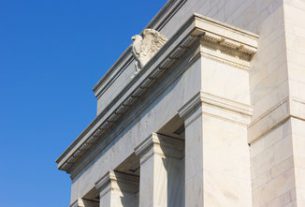 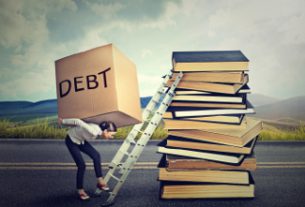 Household Debt Continues to Grow as Americans Open Up Their Wallets