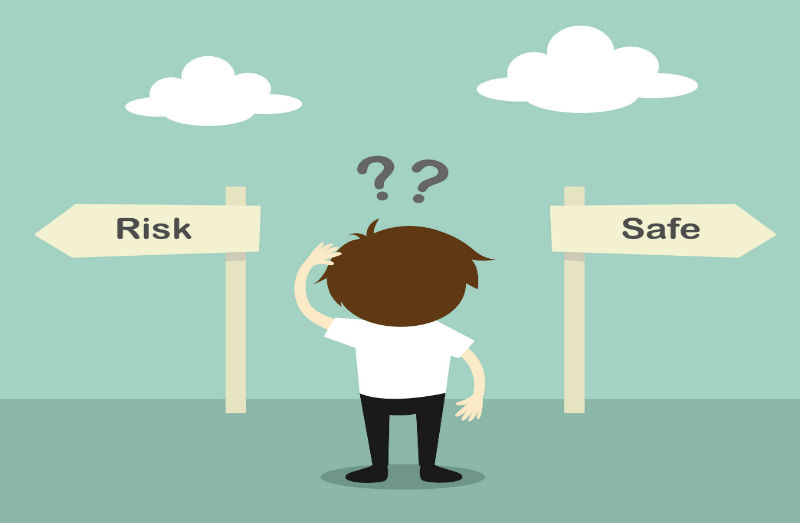 Deutsche Bank’s chief international economist recently published a list of the top 30 risks to financial markets in 2018. While many of them are only of importance to sophisticated financial investors who take positions on certain market movements, some of the bigger picture issues could cause broader risks to the market that could affect Mom & Pop investors. Here are the five most important to worry about in the coming year.

If you watch the volatility index, or VIX, the CBOE’s measure of expected volatility in stock markets, you’ll see that there have been quite a few large spikes in recent months. While the overall level of VIX isn’t anywhere near what it was in 2008, and in fact has been relatively low in 2017, those periodic spikes indicate that market participants could be on edge, just waiting for a market or geopolitical event that will send things over the edge. Add in the fact that there’s a mystery trader who keeps making huge bets that volatility will go through the roof, and things seem primed for VIX to take off.

Stock markets have been on a tear over the past two years, with the Dow rising from below 16,000 in February of 2016 to over 24,000 today. That, of course, has many investors wondering if that rise is sustainable. With so many people having succumbed to stock euphoria, there’s the fear that even a small correction in stock markets could precipitate a market rout.

A drop of 1,000 or 2,000 points wouldn’t be an unheard-of correction, and it would still leave stock markets well in the black for the year. But a drop that large might unnerve many investors, leading them to rush for the exits and take their profits, fearing that the bottom might drop out of the market. That could lead to a stampede of money leaving the markets and a self-fulfilling stock market crash.

Geopolitical factors could also play in role in roiling markets in the coming year. North Korea’s bellicose rhetoric and increasing number of missile tests continue to keep Asian and world markets on edge. With the stakes so high, there’s little margin for error. Even an accidental missile strike on Japanese territory from a malfunctioning missile test could spur a military response that could lead to war.

Conflict in North Korea would almost certainly draw China into the fray and could lead to a Sino-American conflict. That would seriously disrupt international trade. The fact that South Korea would inevitably take a severe shelling from North Korea’s artillery would disrupt world trade too.

South Korea is the world’s fourth-largest electronics producer, behind Japan at #3, the US at #2, and China at #1. Any conflict in East Asia would result in supply disruptions and inevitable price spikes among consumer electronics and could put a serious damper on the high-flying technology sector.

China seems to have been in a bubble for years. From ghost cities to housing bubbles to debt-laden banks, it has often seemed a matter of when, not if, China’s bubble will burst. Yet the Chinese economy continues churning on, seemingly unfazed by the many risks it faces.

In part that’s due to the difficulty in getting accurate financial information out of China, so things may actually be worse than they appear. With so many problematic sectors in the Chinese economy, it’s only a matter of time before things come crashing down. And when happens, China may very well drag the rest of the world down with it.

With a new Fed Chairman set to take office next year, and uncertainty about the direction of the European Central Bank and the Bank of Japan, monetary policy remains the elephant in the room. The accommodative monetary policy continues to drive down the value of world currencies and raise the cost of living, while not providing the economic benefits that were touted when quantitative easing was first introduced.

The major question remains: will central banks get serious about tightening monetary policy or not? If they tighten, it’s almost inevitable that markets, without continued access to cheap money, will begin to tank. But if central banks continue to loosen, they only delay that day of reckoning. Once the monetary gears have begun to turn, more and more money and credit must be created to keep the artificial boom going. Once the printing presses stop and the debt that has been taken out needs to be repaid, things can get pretty crazy very fast.

That’s why investors should take a good, hard look at their investment and retirement portfolios to make sure that they are protected against severe shocks. Many investors turn to gold in times of crisis, as gold has played a role as a safe haven for centuries. And with gold IRAs, investors can gain all the benefits of gold’s ability to protect wealth while still enjoying the tax advantages of a traditional IRA.

But no matter how you diversify and protect your portfolio, it’s important to do so before the crash comes, because after markets begin to correct you could lose out just as badly as investors did in 2008. Don’t get complacent and let your retirement dreams vanish into thin air. Take the right steps to protect your investments today. 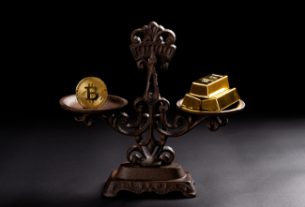 CNBC: More and More Bitcoin Investors Moving Away From Cryptocurrencies and Into Gold 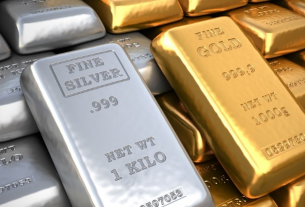 How Gold and Silver IRAs Work