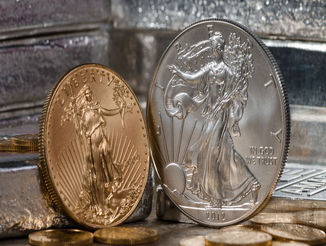 Last week marked the 242nd anniversary of the signing of the Declaration of Independence, which began one of the greatest experiments in liberty the world has ever seen. But while we can see with hindsight how successful the American Revolution was, there were a number of times when it came perilously close to failure. Learning their lesson, the Founding Fathers sought to create a Constitution that would ensure that those mistakes would never be repeated.

One of the primary reasons the Revolution nearly failed was the inability of the Continental Congress to fund the war effort. Like many governments throughout history, the Congress tried to fund itself by creating new money. This worthless paper money, known as the Continental Dollar, was printed in such massive quantities that it gave birth to the phrase “not worth a Continental.” Merchants hated the currency, preferring to sell their goods to the British troops who paid with gold and silver rather than to the Americans who paid with paper, which severely hampered the war effort.

Vowing never to make that mistake again, the Founding Fathers enshrined in the Constitution that no state could ever declare anything but gold and silver to be legal tender, and established a monetary system based on the Spanish milled silver dollar, with circulating coinage minted from silver and larger value coins minted out of gold. A series of gold rushes in North Carolina, Georgia, and finally California increased the country’s supply of gold, with gold functioning as the primary money in areas underserved by the US Mint. But the system the Founders created began to disintegrate as the Civil War approached.

The occasion of war saw the first experiment with paper money since the Revolution, and the government was hooked. From there on the proponents of sound money fought a hard but losing battle against the forces of easy money and credit. From the establishment of the national banking system to the creation of the Federal Reserve System to the banning of ownership of gold, the forces of easy money won victory after victory, until we got to the monetary system we have today.

But as anyone can see, the system is on an increasingly fragile footing. Successive economic bubbles created by the Federal Reserve have grown larger and larger, with the negative effects of the bubbles bursting becoming worse and worse. One of these days the bubble bursting will bring the whole house of cards crashing down, and the post-Bretton Woods monetary system will be upended.

That’s when gold and silver will reestablish themselves as money, whether the Federal Reserve likes it or not. Those who have positioned themselves well by investing in gold and silver will be protected against the dollar’s ultimate collapse, while those who ignore the writing on the wall will suffer once the dollar comes crashing down. All experiments with paper money have always come to a bad end, and the post-1971 experiment will be no different. Gold and silver can only be suppressed for so long before they reestablish themselves as true money.

Precious Metals vs. Crypto: Which Do You Trust? 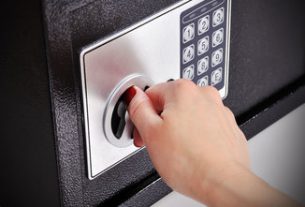 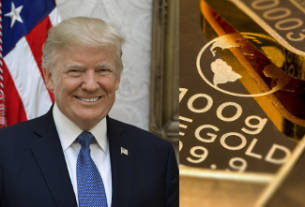 What Effect Will President Trump’s Impeachment Have on Gold?