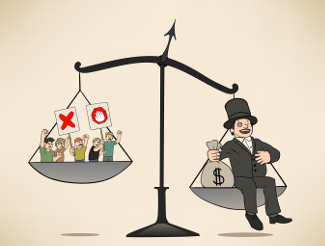 More and more people today understand that income inequality in the United States is growing. The top 1% keep getting richer and richer while the other 99% largely stagnate. The percentage of wealth owned by the richest grows larger and larger while the middle and lower classes are increasingly changing from owners to renters, unable to cope with the massive increase in the cost of living.

Unfortunately there are many demagogues out there who blame unfettered capitalism for this state of affairs. In reality, it’s crony corporatism that is to blame, aided and abetted by the Federal Reserve System.

The Fed, America’s central bank, has engaged in monetary policy for over 100 years. And at least since the early 1950s it has been more or less independent of day-to-day direct supervision by the Executive Branch. That has allowed the Fed to do what it wants for decades without having to suffer any consequences. And the results are plainly obvious to anyone who wants to see them.

Prices of goods have appreciated tremendously since the Fed’s creation in 1913, and particularly since President Nixon closed the gold window in 1971. The Fed’s incessant creation of new money has led to a steadily increasing cost of living. But like monetary policy itself, the effects of creating new money don’t happen instantaneously.

Those who get the use of the Fed’s newly-created money first benefit by being able to use it before prices have risen. Once that money starts circulating through the economy, prices start to rise and those who see that new money only after prices have risen end up paying more for their food, clothing, and housing.

Who gets that new money first? Why, the banking system of course. Bankers get the first use of that money, and they know just what to do with it. It’s no wonder that many of the highest-earning people in the United States are in the financial industry. When you’re getting to play with house money and use it before anyone else does, the sky is the limit when it comes to how much you can make.

That of course breeds growing resentment among Main Street, which continues to see its standard of living eroded and its cost of living skyrocket. And that’s what leads to the push for higher taxes on the rich, prohibitions on stock buybacks, and greater government regulation of the financial sector. But none of that strikes at the core of the problem: the money creation of the Federal Reserve.

Unless Washington gets serious about reining in the Fed, there’s no stopping the relentless rise in prices and the continued devaluation of the dollar. And since no one in Washington seems to be serious, there’s only one thing for investors to do: invest in gold. Only gold can maintain its value in the face of relentless inflation and imminent financial crisis.

Not only was gold a winner during the financial crisis, rising 25% while stock markets lost 50%, it has even outperformed stock markets by nearly double over the past 20 years. If you’re worried about your retirement savings and want to make sure that they will continue to support your through retirement, you owe it to yourself to look into investing in gold today. 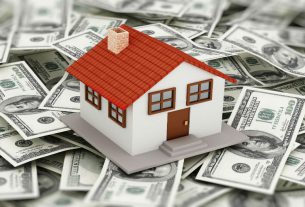 Trying to Prepay Your Property Taxes? Not So Fast.

Will the Fed’s Rate Cut Really Do Anything?

Coronavirus Is Weakening Social Security: Are You Prepared?