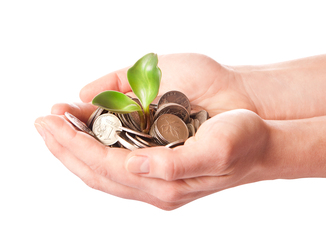 One of the most popular investing strategies today, and one that’s growing more popular all the time, is passive investing. It’s a strategy that focuses on investing in low-cost funds that track popular stock indices, such as the S&P 500, the Russell 2000, the Wilshire 5000, etc. Rather than trying to beat markets through active stock-picking, the passive funds merely try to match the performance of markets. Many advocates of passive investing also urge investors to maintain a buy and hold strategy, holding their investment assets for the long term and not worrying about fluctuations in the market.

But while passive investing can be a useful investment strategy, it doesn’t mean that investors can be passive investors. Socking your money away into a retirement account and forgetting about it isn’t always the best strategy for investing. Can you make gains by doing that? Sure. But it isn’t ideal, as it puts your money at great risk during financial downturns and can cause you to take unnecessary losses and miss out on potential gains.

Investors need to constantly reassess their investment goals and readjust their strategy and portfolio holdings accordingly. Obviously everyone wants to live a comfortable life in retirement, but your definition of comfortable may change as you age, as will your ability to afford that retirement.

If your salary increases or decreases, you’ll need to reassess your investment strategy. Many people when they get a raise may be tempted to spend that extra money on better clothes, vacations, fancy cars, etc. But for most people it’s better for them to sock that extra money away into investments first to ensure that their future is secure, before thinking about spending more money to raise their standard of living.

Similarly, if you suffer a salary cut you may be tempted to start economizing by reducing the amount of money you put towards investments. But that’s shorting your future self in order to prioritize current spending. Instead, try to cut back on current spending by reducing unnecessary expenses so that you can save more for the future.

The same goes for all sorts of life events. If you get married, or divorced, or have children, your goals for the future will change and your investment strategy should change accordingly.

Proponents of passive investing often advocate for a buy and hold strategy. That is, buy your investments and hold them for years or decades, no matter which way markets go in the meantime. The thinking is that by buying and holding you will make gains over the long term while eliminating the possibility of making losses by mistiming the market. And by making continuous contributions through, say, a workplace-sponsored 401(k) account, dollar cost averaging ends up working in your favor. The big no-no is selling assets at the market trough and then buying in again once the recovery is underway, thus locking in losses.

In general, buy and hold makes sense for two reasons. Number one, with many types of investments you’ll face tax consequences if you frequently buy and sell assets. You may subject yourself to capital gains taxes or, in the case of IRAs, you may face penalties if you take non-qualified distributions. So if you want flexibility in how to invest your money, you’ll need to think of that when setting up your investment accounts.

Secondly, buy and hold keeps you from the temptation of moving your money anytime there’s some small movement in the market. If you’re constantly readjusting your investment strategy or portfolio every couple of months, the transaction costs of constantly buying and selling will over time outweigh many of the gains you make. But if you only readjust your holdings every several years as a result of changing long-term trends then buy and hold could be a very viable strategy. But buying and holding exclusively won’t always maximize your returns, so engaging in strategic active investing every now and then can be beneficial.

For example, let’s take a look at stock market performance over the past 20 years. If you had invested in 1998 in a fund that tried to track the Dow Jones, you would have seen annualized returns of 5.1% over the past 20 years. That’s not terrible performance, but it’s less than the long-term expected growth of stocks. Most investment advisers would want you to make at least 8-10% annually.

But let’s say you got wary of stocks after the big Tax Day scare in 2000. So you sold your stocks and put your money in cash. Not even government bonds, just cash, a checking account that offers no interest and no protection against inflation. You kept your money out through the dotcom bubble collapse and market trough, and didn’t get back in until mid-2003. Then you got antsy in 2008 after Bear Stearns collapsed, pulled your money out again, and didn’t put it back in until mid-March 2009 after Ben Bernanke’s “green shoots” comment, and you left your money in stock markets after that. You would have seen annualized returns of 8.7% per year, leading to nearly double the assets you would have had by leaving your money in the whole time.

Even if you hadn’t been able to time the market that well during the financial crisis you’d still be ahead. If you had waited until after Lehman Brothers’ bankruptcy in September 2008 to pull your money out, and had waited until October 2009 to get back in, you still would have seen annualized returns of 6.7% over the past 20 years. And if you had been even more conservative and waited until after the NBER had officially declared the recession to be over in September 2010, you’d still have seen 5.9% annualized returns.

And that kind of performance doesn’t require any specialized knowledge, just an understanding of the business cycle, its causes, and its effects. If you understand that the business cycle is caused by central bank monetary policy and that this leads to booms and busts, you need only pay attention to the general health and strength of the economy in order to make your investment decisions and change your portfolio allocations to ensure consistent growth.

Applies to Other Markets Too

This same thinking applies to other markets too, such as precious metals. Let’s say that instead of putting the money you made from your stock holdings into cash, you put it into gold instead, since gold normally performs well when stock markets don’t. If you had taken that very conservative timing that resulted in 5.9% annualized gains and put money into gold from 2008 to 2010 before reinvesting in stock markets, your total annualized return would have been 8.7% over the past 20 years. And if you had put your money into gold both from 2000-03 and 2008-10, your annualized return over the past 20 years would have been 9.9%, nearly twice the growth rate (and 2.5 times the total accumulation) of the purely passive buy and hold strategy.

That highlights the importance of strategic active investing. If you had just sold your stock assets twice in the past 20 years and then reinvested later on, you could have seen greater gains than by being a purely passive investor. And if you had invested those stock proceeds in gold, you could have made even more gains. That’s a testament not only to the importance of actively monitoring your investment portfolio against current economic conditions, but also to the power of gold to boost an investment portfolio’s performance.

There’s no reason for you to ride out stock market losses just because there’s a fear of mistiming the market or a fear of missing out on the upswing later on. Being a savvy investor and understanding when to buy and sell can be a crucial part of maximizing your investment gains so that you can enjoy a comfortable retirement.

Stagflation, Gold, and Your Savings 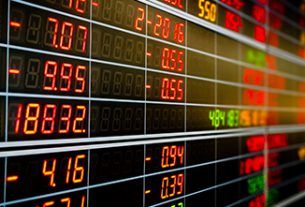 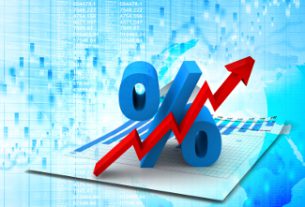 Has the Federal Reserve Lost Control of Interest Rates?