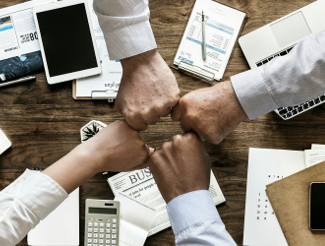 Most investors learn early on that stocks are the best way to grow their wealth. It’s a lesson that has become accepted throughout the investment community and isn’t questioned at all. So many investors have made so much money through their 401(k) plans, IRAs, and brokerage accounts that no one ever thinks about whether there are other, better investment options.

It’s true that over the long term stocks have been a pretty good choice for investors to grow their wealth, but most investors don’t invest over a 100-year or even over a 50-year time period. For most investors, they’re looking for a consistent return on their investments over a period of 30-40 years. And because of compounding interest, they’re looking to maximize their earnings in the first 10-20 years of their working career so that they’re well on the way to a sound and stable retirement by the time they reach mid-career.

For the past 20 years stocks have been underperforming in comparison to their long-term average. Annualized growth rates for the Dow Jones Industrial Average and the S&P 500 have been about 5%, versus the 7-8% long-term average and the 15% average seen in the 1980s and 1990s. Investors who plowed their money into stocks over the past 20 years expecting returns like they did from 1982-2000 have been sorely disappointed.

There are many reasons for that poor performance, among them a changing world economy and a weakening US economic and financial landscape. But one major flaw in the way companies are run in this country makes stock investing increasingly difficult for ordinary investors.

Public Companies and the Principal-Agent Problem

The stocks that are traded on the Dow Jones, Nasdaq, and other exchanges are stocks issued by public companies. The shares are open for anyone to purchase, and owning a share of stock gives the stockholder a share in the ownership of that company.

With millions of shares issued by most companies, ownership of the companies can be very fragmented. Company owners can range from incredibly rich individuals to pension funds to ordinary Mom & Pop investors. But in general no single owner will own more than a small percentage of any given company.

Because ownership is fragmented, decisions on day to day business operations are made by the company’s management, normally C-level executives such as the CEO and COO, with input in many cases being made by boards of directors. In contrast to the thousands of owners of these companies, those business decisions are made by a small handful of people, almost never exceeding a dozen. And because no single owner can hold those managers responsible for a bad decision, executives can often run the company as they see fit, without owners being able to exercise effective control until things get really bad.

The amount of salary that could be taken as a tax deduction by a company was long ago limited to $1 million. That incentivized companies to find other ways to compensate their top executives. The result was that many top executives now receive their compensation in the form of bonuses or stock options.

The result of this is that more and more corporate executives are running their companies with a short-term focus, looking to boost their stock price in the short term so that they can maximize their own earnings. That’s why you see companies laying off employees to reduce cost, moving production offshore to maximize profits, and buying back shares of stock to pump up stock prices. But those efforts to boost short-term profits and short-term share prices come at an expense in the long term.

Many CEOs don’t last more than a few years at any company before retiring or jumping ship to go elsewhere. Their focus on maximizing share price in the short term comes at the expense of long-term growth, such as employee education and training, research and development, or investing in plants and equipment. Those responsibilities get passed on to successors, leaving them to pick up the pieces.

That has resulted in many American companies being run into the ground, becoming shells of their former selves in an attempt to look good on paper. For American investors who thought they could invest in the stocks of large corporations and reap continuous gains over a period of decades, that has left their investments lagging. Rather than investing in a strong, growing company for a long period, stock investing has become more akin to gambling, with investors also trying to maximize their short-term stock gains before selling and moving into something better.

Are There Better Options Than Stocks?

Contrast modern corporate management and stock investing with more traditional investment assets such as gold. One aspect of gold’s appeal is that it is a relatively simple asset in which to invest. You buy gold, you hold it, and when the time comes you sell it. You can store the gold in your house, you can keep it in a safe deposit box, or if you’re investing your retirement savings you can invest in gold with a gold IRA.

In each case that gold is sitting there keeping your assets safe and secure. With a gold IRA especially, you don’t have to worry that your custodian is going to do something to maximize short-term profits at the expense of long-term stability. Keeping your gold safe and secure is what they do, working with depositories to ensure the safety and security of your investments. If you want to buy gold and hold it for 20 years, it will stay right where it is, continuing to gain value the whole time.

In fact, over the past 20 years gold has been the second-best performing asset around, nearly doubling the average annualized growth rate of stocks. The stability of gold combined with that growth rate makes gold an increasingly attractive investment option for more and more investors.

That’s particularly the case now that the economy is showing signs of weakness and more investors and analysts are expecting a recession in the near future. Many investors saw their portfolios take huge hits during the financial crisis, as markets lost more than 50% of their value. They also saw gold climb during the crisis, and continue climbing well afterward.

If you’re worried about the future of the US economy and about the long-term stability of your retirement savings, you owe it to yourself to look into investing in gold. Given the issues that plague management of corporations today, it’s no wonder that many analysts expect stock market growth to remain slow for the next decade or longer. Can you afford to let your investments continue to flounder, or do you want to explore options like gold that can help you achieve your retirement goals? 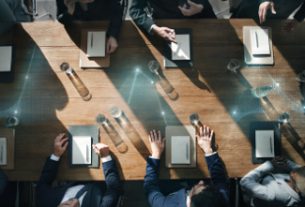 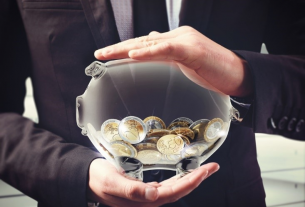 The Safest Way to Invest Your Money Today 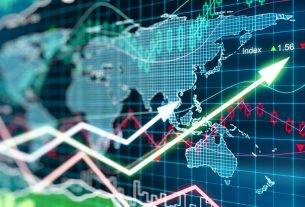