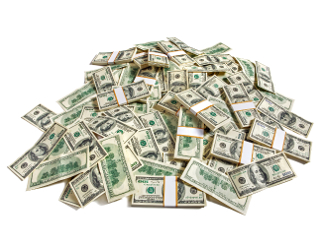 It may seem like an obvious truth that in order to retire you need to save enough money to afford to live the lifestyle to which you’ve become accustomed, but millions of households don’t save enough money. Whether it’s not saving enough each month, not starting to save early enough, or making bad investment decisions that fail to maximize retirement savings, most American households don’t have enough money saved up to be able to retire comfortably. That’s a real shame, but it’s something that should be avoidable.

Perhaps the number one cause of that failure to save enough money is too much consumption in the present. Many financial experts preach the virtues of saving at least 10% of your income and investing it in solid growth assets. For example, someone who brings in $50,000 a year for 40 years, saves 10% of that sum, and achieves an average annualized growth rate of 7% per year would have nearly $1 million saved up after 40 years, or the equivalent of 20 years worth of income. Higher savings rates and higher growth rates would make that sum even higher.

Yet despite the very clear evidence that those numbers provide, the personal savings rate remains abysmally low. Aside from brief spikes in the early 1990s and in late 2012, the average personal savings rate in the United States has been above 10% since the mid-1980s. And while it isn’t currently as low as the 2.2% low in 2005, it’s nonetheless a still low 6.2%. Without a return to the 10-15% averages of the 1960s and ‘70s, most Americans aren’t going to have enough money saved up to retire comfortably.

One of the major expenses that most retirees will have to deal with is the rising cost of living. Everyone takes for granted that inflation will occur, but most don’t really bother to do the calculations and ensure that their retirement savings will be sufficient to afford that extra cost in retirement. An inflation rate of “only” 2% per year means that prices will rise nearly 50% in 20 years. A rate of 3% means they’ll increase more than 80% in 20 years, and double in less than 25 years.

That’s well within most retirees’ time frames, and it’s assuming that those low inflation rates are actually accurate. But as most people know and understand, government inflation figures drastically underestimate the actual price increases that most people see in their daily lives. The prices of food, housing, and other staples increase for most people at higher rates than those claimed by the government, meaning that retirement savings will be eaten away at an ever greater rate in the future.

It’s almost a guarantee that every retiree will have some sort of medical expenses in retirement. And those expenses will only grow larger and larger as retirees age. Between doctor visits, prescription drugs, and hospital care, most retirees can expect to spend thousands of dollars, if not tens of thousands of dollars, each year on medical expenses in retirement.

Medical costs will continue to rise, too, with the cost of medical care often rising far faster than official inflation rates, and far faster than the growth rates of most retirees’ retirement savings. That too will lead to a quicker draw-down of retirement resources. Those who haven’t saved enough may find themselves having to make tough choices later in retirement, like having to choose between buying food or paying for medical bills. That’s not a choice that anyone wants to have to make, which is why saving as much money as possible can help keep those hard choices at bay.

The final reason many people don’t have enough money saved up is that people are living longer than ever. Even though the average person lives to about 77 or 78, the average 65-year-old could live up to 20 or more years longer, until age 85. So if you’ve only saved enough money to last you through 20 years of retirement, you could find yourself reaching your 80s with a drastically smaller pool of retirement savings from which to draw money.

That risk is compounded for those who retire before age 65. Whether it’s through voluntary resignation, layoffs, or health issues, retiring before age 65 means you’ll spend even more time in retirement. That in turn means that you have to save up even more money and you have less time in which to do it.

All of these factors need to be taken into account when planning for retirement. The further you are from retiring, the better position you’re in to continue saving money and building up your retirement savings. And of course it goes without saying that choosing the right assets to invest in is also key to making sure that you have enough money to retire on.

Many Americans who had dreams of retiring post-2000 and post-2008 saw those dreams smashed when stock markets crashed. Now that stock markets are on the cusp of yet another downturn, those hoping to retire within the next 5-10 years need to similarly start worrying about their financial future. A collapse in stock markets could lead to millions of broken dreams, not to mention trillions of lost dollars.

Those who had the good sense to invest in gold when stock markets were flying high made great gains over the past 20 years. Since 1999 gold has nearly doubled the gains of stock markets, making it the second-best performing asset since then. And during the financial crisis gold gained 25% while stocks lost over 50%, protecting the retirement savings of those who had invested in gold. With history looking set to repeat itself, it’s time to protect your savings and investments by investing in gold. 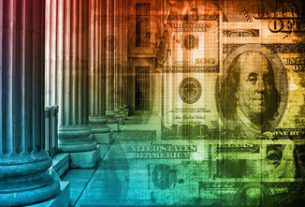 Only Sound Money Can Put a Brake on Government Spending

To Taper or Not to Taper? That Is the Question 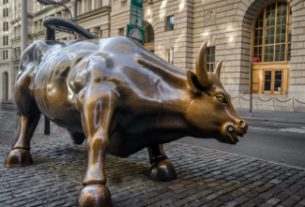 CNBC: Wall Street’s “Bond King” Is Getting Bullish on Gold