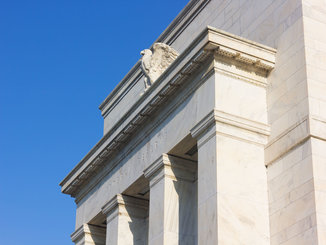 One of my foils while I served in Congress was Federal Reserve Chairman Alan Greenspan. For many years while I served on the House Financial Services Committee I had the opportunity to question him during his semiannual testimony before Congress, and I never could get a straight answer from him. Greenspan was notorious for speaking in such a vague manner that he could technically satisfy the requirements of informing Congress while never really actually saying anything of substance that could affect markets one way or the other. Everyone was always guessing as to what was really going on.

Greenspan’s career was a disappointing one with similarities to many other people who enter the political scene in Washington. Once a staunch defender of the gold standard, he repudiated his former beliefs in order to ascend to the pinnacles of power, culminating in his appointment to the chairmanship of the Federal Reserve’s Board of Governors in 1987.

The longest-serving Chairman of the modern era, Greenspan served until 2006 and was hailed throughout much of his career as a guru, ushering in one of the greatest periods of economic growth and stock market gains that the country had ever seen. After he left, however, it became readily apparent to the mainstream financial media that Greenspan’s low interest monetary policy had sowed the seeds for the financial crisis. His failure to foresee and take responsibility for that burst bubble, categorizing it in the mid-1990s as mere “irrational exuberance,” severely tarnished his reputation after his retirement.

That’s a shame, because now that Greenspan is pointing out the dangers and excesses of the current bubble, many people are less inclined to listen to him even though he’s right. The current bubble is particularly important because we are in the midst of both a stock and a bond bubble. Everyone sees the headline numbers of the various stock indexes as they have set record after record over the past two years, but almost no one pays attention to bond markets.

It’s pretty obvious that stocks are in bubble territory, and the jitters we’re seeing in the Dow right now definitely indicate that a long-overdue correction is underway. But bond markets are still in the midst of a 35-year bull market. Bond yields on 10-year Treasuries have been slowly and steadily declining since their peak in the early 1980s. Right now they’re fluctuating around 2.5 percent, an unprecedentedly low rate. If they were to rise to a more normal rate, say 4-5%, the cost of servicing debt would skyrocket.

Businesses that have relied on cheap debt to finance their operations since the financial crisis would find it much more expensive to do business, and would have to curtail their operations. Rolling over short-term debt would get much more expensive too, and so we could expect to see some real contraction in business activity. The federal government would see its cost of servicing the national debt increase by hundreds of billions of dollars per year, which would force either a cut in spending somewhere in the budget or an increase in taxes. But no matter how it happens, taxpayers will ultimately have to pay for it.

That makes it all the more important for investors to solidify their finances today and prepare for the bursting of both the stock and bond bubbles. Alan Greenspan is just one name among a chorus of market observers who can see the coming stock and bond market crashes. Investors who take the necessary steps to prepare against those crashes will come out faring far better than those who think that the good times will last forever. 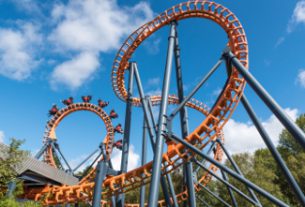 Tired of the Stock Market Roller Coaster? Look to Gold 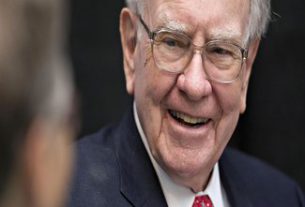