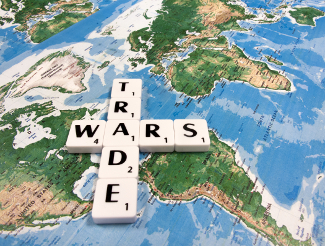 There seems to be no stopping the trade war that has ensued with President Trump’s decision to seek a better deal from the US’ trading partners. With 25% tariffs on Chinese imports set to go into effect, Trump recently shocked markets with his declaration of a new 5% tariff on all imports from Mexico. If Mexico fails to act as Trump wants, that tariff could also increase to 25% by October 1. That could have serious consequences for US consumers and the US economy.

It’s probably no surprise that gold shot up in response to Trump’s latest tariff threat. Markets have for months been subdued, believing that Trump was only using the threat of tariffs as a negotiating tactic to get China to the bargaining table. Now that it’s obvious that Trump wasn’t bluffing, markets realize that tariffs are a reality, not a dream. Higher tariffs on Chinese imports could cost the average American household anywhere from around $750 to over $2,000 each year.

Add in tariffs on Mexican imports and those costs could rise even higher. Given the huge amount of cars and auto parts imported from Mexico and many households could see thousands of dollars in higher costs this year. That extra cost to consumers has to come from somewhere, which means that households will be able to spend less on other goods and services. That will likely lead to an economic slowdown that Wall Street was hoping wasn’t going to happen.

But hope only goes so far, and now that reality has set in many investors are looking to safeguard their assets. Well known investors like Stanley Druckenmiller have gone from 93% invested in stock markets to 100% out of markets, just waiting to see which direction markets will go. Many other investors have decided to be more proactive, getting into gold and precious metals.

With a history dating back millennia, gold, silver, and precious metals always perform better during tough economic times than any other asset. During the last financial crisis gold gained 25% while stocks lost over 50%. There’s every indication that gold will continue that performance this time around too, which is good news for gold investors.

But in order for investors to take advantage of those gains, they have to actually purchase the gold first. Waiting on the sidelines and wishing after the fact that you had bought gold when it was still cheap is a recipe for financial loss and future frustration. So don’t wait and miss out on those gains like so many investors did during the last crisis. Take charge of your retirement savings and secure them with gold today.

The Recession Is Over… Or Is It? 3 Reasons to Be Skeptical 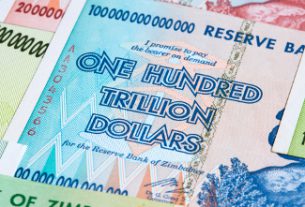 Fed Goes All In: Is Hyperinflation in the Cards?

Banks Halting Loans: A Sign the Economy Is Headed for a Crash?